Posts : 844
Join date : 2010-05-13
Age : 25
Location : Mississippi, U.S.A.
I seem to be getting worse and worse. I removed the pic because when i look at it I see failure. And not the good ole' learning failure but the downright sucky failure. I tried to redo what I did before and failed. Thats it, I'm picking a door. The next drawing will definitely be at least somewhat different.

Posts : 844
Join date : 2010-05-13
Age : 25
Location : Mississippi, U.S.A.
I actually really like this one (except the hand *ugghh*), and thats the artist speaking. I really wish I had a scanner 'cuz photographing it doesn't do it justice (rather a lot of injustice); the proportions look way better in real life, like the head-to-body ratio-thingy. I tried to fix the photo with GIMP and actually helped a little bit but it still looks way off. I call this one "The real Ryan Melfire" even though its more of "The Inner Ryan Melfire". There is now way in heck I'm going to run the risk of messing it up (or my mental picture of it) by doing a marker version. This one is kinda different than my others, but not in the way i had planned. I had an idea in my mind of what I was going to draw, but a quarter way in I realized I'm not good enough to do it yet. this is different mainly because of the change of mood. Up until now I've been doing fairly positive pieces, nothing dark. This is actually a huge step back for me, which is surprising considering the fact that I like it. This is exactly the kind of drawing I'd do three years ago (in fact, I have a couple very similar pieces, but nothing of an anthro). When I was a Bleach and Naruto fan (three years ago), I'd always draw dark, sometimes bloody, post battle drawings. I used the same crappy pencil shading too (I really need to work on that). It brings back memories (even though I was only three-four years younger).

Wow, if you read that paragraph/ drawing description before skipping to the picture, you should receive a medal. 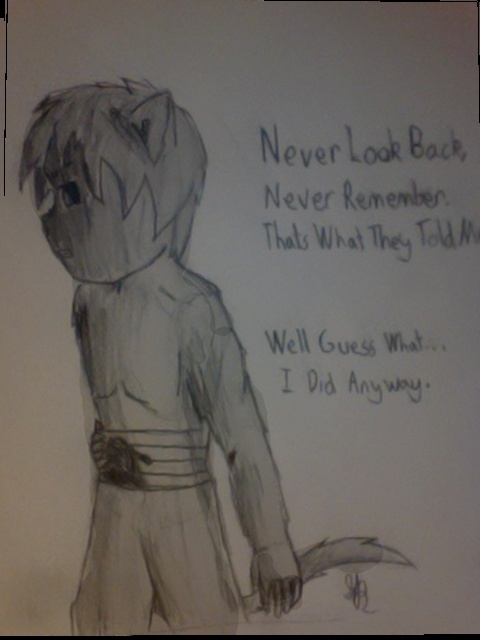 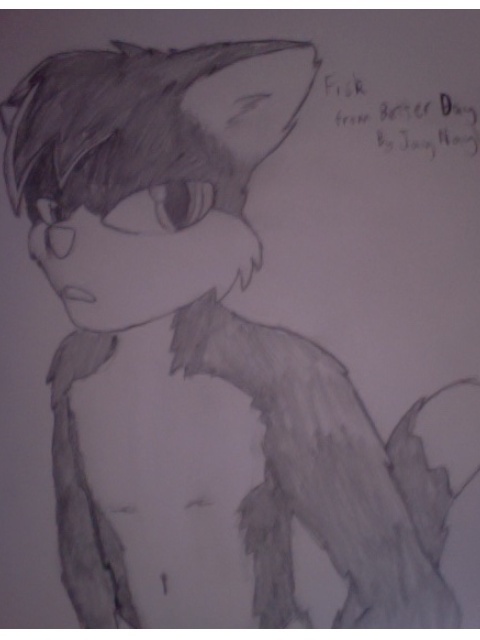 Posts : 844
Join date : 2010-05-13
Age : 25
Location : Mississippi, U.S.A.
Neelu tests: consistency. Project note: failure. But a good one. its a quick drawing I have decided to before entering the realm of dreams (no, no drugs). In the third panel her eyes are supposed to be flaming. And, of coarse, I forgot to fill in her mouth in the third panel. This is why the consistency test was a failure. Oh, crap. Something about the second panel reminds me of Lucy from Better Days (f@#$!) 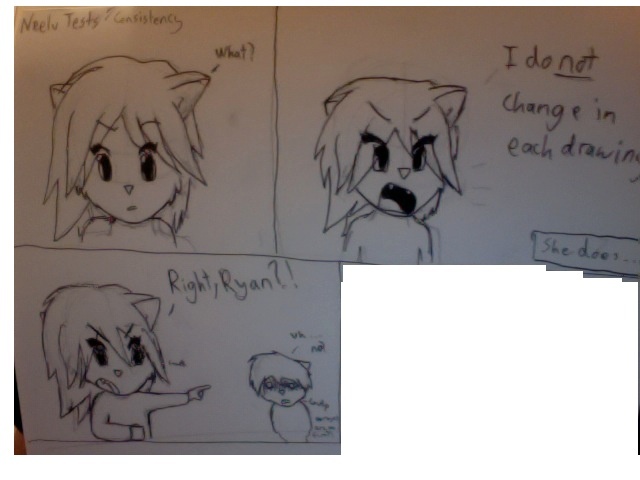 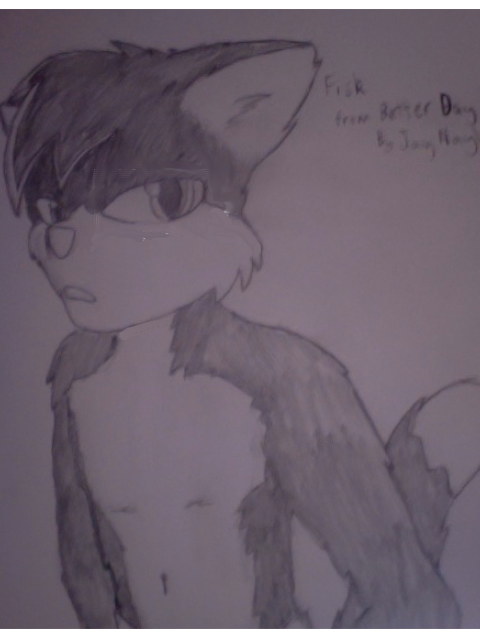 unless they are like Fisk and Lucy in Better Days...


at least I think i've improved in doing facial expressions...

Posts : 844
Join date : 2010-05-13
Age : 25
Location : Mississippi, U.S.A.
I'm still unsure about Ryan. Theres the dark, calculating, fighter Ryan, and theres the kind, responsible, brother-ish Ryan (though I wouldn't know, I have no brothers but I have two sisters). I'm thinking Ryan will be a little bipolar.

Neelu will be his girlfriend/ girl he likes, who can be a total (explicit language). She likes Ryan but likes to torture him. She can also be very concerned for her friends when necessary (if Ryan is in trouble, she's ready to kick some a$$. in the second consistency Neelu test i made (but haven't posted due to laziness) neelu says to Ryan that since he paused upon answering in the first consistency test, he will have no dinner that night (for she cooks). After this, Ryan is like "No! the dumplings!" but then says to himself "well, her cooking does kinda suck..." Neelu hears him as he says that maybe it was a good thing that he can't have any and says "You're dead."

Pepper is the kick-a$$ friend who can be vary optimistic, funny, and a total badda$$. She has been friend with Ryan ever since they met on the street. She was a bit uneducated and was homeless, but after following Ryan home and spending a year on the internet, she learned fast. Really fast.

Kinda unrealistic characters but they are developing.

you sound as though you speak from experience...

also, I promised myself that if I ever succumbed to, uh... yeah, that I would never draw them completely exposed. 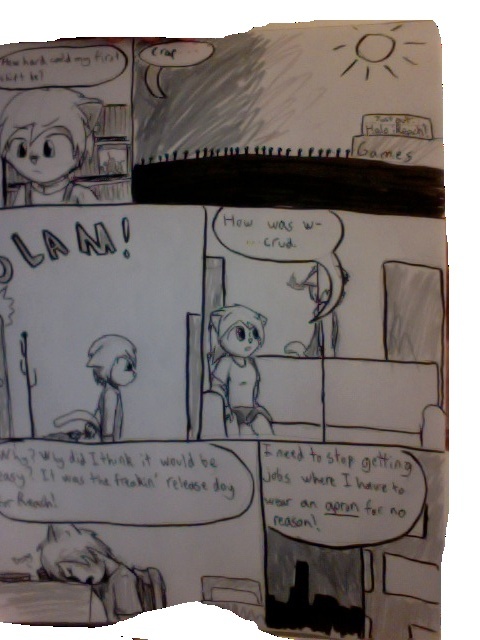 panel 1:
Ryan: How hard can my first shift be?

panel 3:
Slam! (the camera cut out the part that has the door and the s)

panel 5:
Ryan: Why? Why did I think it would be easy? It was the freakin' release day for Reach!

panel 6:
Ryan: I need to stop getting jobs where I have to wear an apron for no reason!

you sound as though you speak from experience...

I don't. I just have thoughts of drawing Nikolai and Sam, kissing intensely, or something, but i know that it would ruin how the relationship between them works.

but I wish i could delete posts

So let that be a cautionary tale of kinds and next time you want to add something, edit the post you already made. Saves up space also

Posts : 992
Join date : 2009-11-03
Location : right before my laptop screen
Aw, c'mon Cenaris, you're saying that because you're jealous that this kid is gonna have more posts than you do!

But he'll never gonna get more than me! Har, har!

Pietja wrote:Aw, c'mon Cenaris, you're saying that because you're jealous that this kid is gonna have more posts than you do!

But he'll never gonna get more than me! Har, har!

cenaris wrote:You can't delete a post until the one after it is deleted.

So let that be a cautionary tale of kinds and next time you want to add something, edit the post you already made. Saves up space also


I was testing some effects ideas with a light pencil and came out with this. I like it, its certainly better than a lot of mine in my opinion. Obviously (I hope), I was trying an action technique I thought might work. You can't see all of it, which is a shame, since they are probably the best fingers I've drawn in a while (or ever). 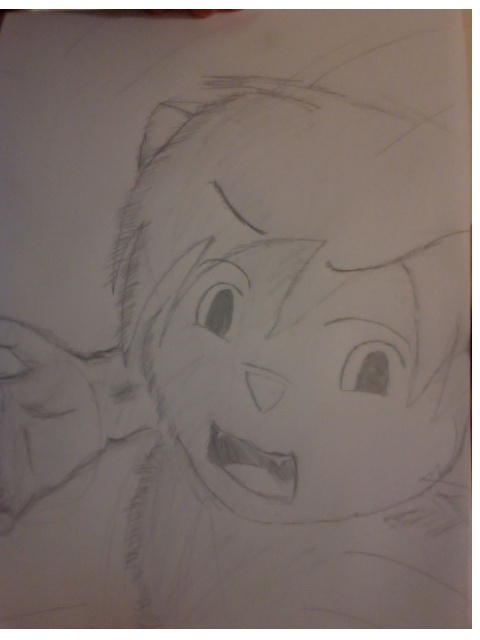 Posts : 844
Join date : 2010-05-13
Age : 25
Location : Mississippi, U.S.A.
strangest thing happened. As I was looking around youtube for fan art of jay naylor, i stumbled across a video which starts with a picture of two OCs a guy made sitting on a bench. you can only see their backs, but from the back, one of them looks just like my Ryan Melfire. I know Ryan doesn't look creative or special, but as i was thinking "strange", a thing appears on the video pointing to him and says "This is my character Ryan next to my personal favorite character Amy." Ryan isn't a creative name either, but having a picture of a character identical to mine, named ryan, at the beginning of the first video I looked at during my search, is strange.

nvm. i saw a frnt veiw and it looks like he just threw a bucket of white paint on fisk.