Collected Curios » Other » Artwork » Feeling like an utter sh*t

Posts : 152
Join date : 2011-05-23
Does anyone ever has one of those moments where you feel like puke? I don't know about you guys but I am somehow different in here, I am not into cartoon animals, though I love them.

I am more of a Concept Designer and I want to work in entertainment industry, and through all and all, I feel like shit, I feel like vommiting.

Nothing is going right, the proportions suck, I feel like drawing a final piece of your idea takes too long, I love sketching and yada yada, but it's definitely not enough.

I don't know what to draw that's not already made

I don't want to believe that I am not good at creating original pieces.

A guy who works in an industry says not everyone can be a concept artist, you are either creative or your not, and I really don't want to believe in that

Maybe something like, how long it took you before you learned your fundamentals? 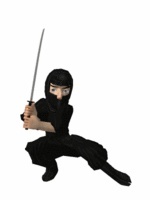 Right now I am just trying to scavenge for a perfect tutorial where I could learn to draw GOOD manga figure and the head, the head is giving me so much pain, it never works the way I want it too

Right now I am just trying to scavenge for a perfect tutorial where I could learn to draw GOOD manga figure and the head, the head is giving me so much pain, it never works the way I want it too

There is this artist on DA... who also had tutorial videos on YT. He made a series of fairly good selling books too... Just the name...

Mike Crilley or something?

appleclock wrote:Complitely wrong forum to whine about the lack of skill. Try conceptart.org .

Or "what grinds your gears" thread in "General" section.

If you consider yourself a perfectionist, why I only see sketches from you, eh?

As for the topic - too much whining, not enough drawing. You're saying that every time you draw something, you f**k it up. Question is - is that your own conclusion or is it an opinion of others? I've been drawing for a long time now and I know how either harsh or self-absorbed a creator can be for his own creations. It takes time for someone to tolerate their work or - if he's on the opposite side of emotional spectrum - to look critically at it. But I believe that's the daily bread of every artist.
Second thing, how can you expect to create something original if you can't grasp the basics and if you're not happy with your work(and without listening to critique - which I hope you're doing)? The best advice is draw stuff. I go to a bar/restaurant with my friends to chat - I have a sketchbook with me, I sketch the enviroment I'm in or just doodle around. I'm at work - I draw the bar utilities around if there aren't any clients around and the bar itself is tidy, supplies were re-stocked, etc. Being a concept artist means you have to expand your horizons, polish your skills and be good at observation. And, of course, you really want to do it - or better - desire to do it, to become better.
Third, you don't want to believe that you're not good at creating original pieces. And before that, you complain about your problems. So, how can you believe that you're good at creating original stuff if you have problems with the basics? The anwser is - you can't. But you can believe that you'll be capable of creating original pieces in near or far future - if you'll keep on drawing, practicing and expanding your skills and interests. I believe that we're all capable of doing it after enough work. But, hey, it may be that I put too much faith in our kind, right?

Finally, for your last question - in my case, I can say that I'm still learning fundamentals. Basicly, whenever I start drawing something that I intend to finish(comic, commissioned piece or a piece of my own) I'm making sure that I have enough skills and knowledge to accomplish it. But if I stumble on challenge - I look for references and try to work out how they are drawn and how can they be drawn. Quite often I trace photos, pictures, etc., because it helps in grasping the way of how you can draw certain things, objects, etc. But I never use traced image - that's cheap and can be qualified as plagiarism. And when I do that, afterwards I try to draw the same thing again, but, for example - from a different angle or with some modifications. And I believe that's one of the steps you need to take to be capable of creating original pieces. It's really hard to come up with something original nowdays, so don't fret yourself too much if you see that your piece resembles a piece of someone other a little. I personally have few friends who draw and one literally had an obsession about plagiarism, copyringhts and the so-called intelectual property. Y'know, anti-piracy guy, legalism lover and so on. But he was drawing things he like and quite often he was pissed off, because his inspirations were seen in his works. He believed that's a bad thing, because it's a plagiarism. Nut-job if you ask me. I think every artist has some inspirations and that, in effect, they'll be visible in their works.

Although the last sentece can be a topic of discussion.

P.S. Forgot to add - please tell me honestly that you've not expected that drawing isn't an long process. Sketching, sure, can be a swift thing to do, but finishing it isn't cotton and candies.

Pietja wrote:
If you consider yourself a perfectionist, why I only see sketches from you, eh?

I'm the worst kind of perfectionist: The kind who wants to be awesome but can't be bothered, and so suffers when he can't do it because he hasn't practised enough.

Posts : 25
Join date : 2010-03-08
I have been a working professional artist for over 20 years... and I am still learning, everyday! I have A LOT of sketchbooks filled with unfinished stuff, but it doesn't mean anything to anyone but yourself. All those filled sketchbooks means that I'm still perfecting my craft and skills. So draw, sketch, paint, or whatever... but practice and hone your skills! Build up you arsenal of artistic skills and when the time comes... start dropping art bombs. Art is subjective and not an easy field to work in but, if you want to be in it as a professional you have to sacrifice a lot of time to make sure your skills are up to par. If being a pro is what you decide then destroy all the doubt in your mind... and DRAW!

As for coming up with creative and original ideas for your art, I have one word -REFERENCE- you can have an Idea but to make it work use reference... I see a lot of guys come up with stuff (and it looks cool) but it doesn't look functional. You have to go to the library of your reference and research to make something work. If you need to make something steam-punk, alien, supernatural, animalistic, scary, cute, or whatever the project calls for... use reference!

I've seen costumes and armor that look cool... and that's great, but what if you -as a concept artist- got a project and the characters were great and had a fan base of millions BUT the look of the characters wouldn't translate into a live action film... what do you do?
Do you scrap the well known look and start new?
Do you try to keep some of the defining elements,so that it's somewhat recognizable to fans and make it work for the project?
Do you make it into it's own thing as a "movie version"?
You go and use REFERENCE...

What if you had to come up with over 50 realistic human/animal hybrid creatures that an audience has to be able to relate to and sympathize with?
You go and use REFERENCE...

What if you had to create the next big Disney like kids film where the characters are lovable but weren't human and don't sing and dance?
You go and use REFERENCE...

Look at all the latest 'comic movies' Thor, Captain America, Spider-man, Batman, ETC... all of those films characters had to be re-designed by concept artist for movies but still stay true to the original vibe for fans and the masses to go see it. Some worked... some didn't.

In the end it all depends on you.
How bad do you want it?
How much time are you willing to put into it?
How serious are you about it?
Is this a hobby or career for you?
Are you disciplined enough to go through with it?
Do you really want to do it?

Your choice... so decide.

The wall of posts really did cheer me up, was quite enjoyable to read it.

Collected Curios » Other » Artwork » Feeling like an utter sh*t