S is for Scarlet

Quoth cenaris:
Ew. Why would they have more than two nipples anyway? Kat doesn't anyway because of that pic where she was wearing tassles.

I agree with Cenaris. Why would any of Jolly Jack's girls have more than one nipple a breast? Even with real life cats/squirrels/skunks/rabbits/whatnots, it's one nipple per breast. When ancient insectivores evolved into primates, it stayed one nipple per breast, but by the time apes appeared, all the breasts other than the top two essentially atrophied away. Why would it be any different for an anthropomorphic cat/squirrel/skunk/rabbit/whatnot?

A few humans can have more than two nipples, but it's an uncommon genetic glitch. Rarely do those extra nipples appear on a pre-existing breast. Usually, they're like extra ornaments stuck uselessly to the torso.

I'd go for cotton, wool, or other natural fiber. The reason is not just because they breathe better than rubber or latex (less chance of overheating, especially if you wear fur), but because of safety issues. Knowledgeable people who work with electricity or potentially could do so (electricians, linemen, etc.) wear natural materials when working so that, in case they end up being zapped by electricity, their clothes won't melt and bond to their skin, a very real hazard with synthetics. In fact, government regulations in the US require the wearing of clothes made of natural materials in certain work environments. The UK is probably similar.

Because the squirrel girls lived and worked in a laboratory environment, their clothes at the time most likely consisted of natural rather than synthetic material. Think of how painful it would be to your groin if your polyester underwear melted. Now assume you also wear fur all over your body.

Posts : 807
Join date : 2009-11-04
Age : 48
Location : London, UK
FWIW, I'd suspect it's some kind of synthetic, maybe even an electro-reactive smart plastic. Either way it's probably full of biometric feedback sensors (that's probably what the big knobby things are - either short-range antennae or hard interface points). This year(and JJ) was really nice to Scarlet. #2 sexiest pic of Scarlet. 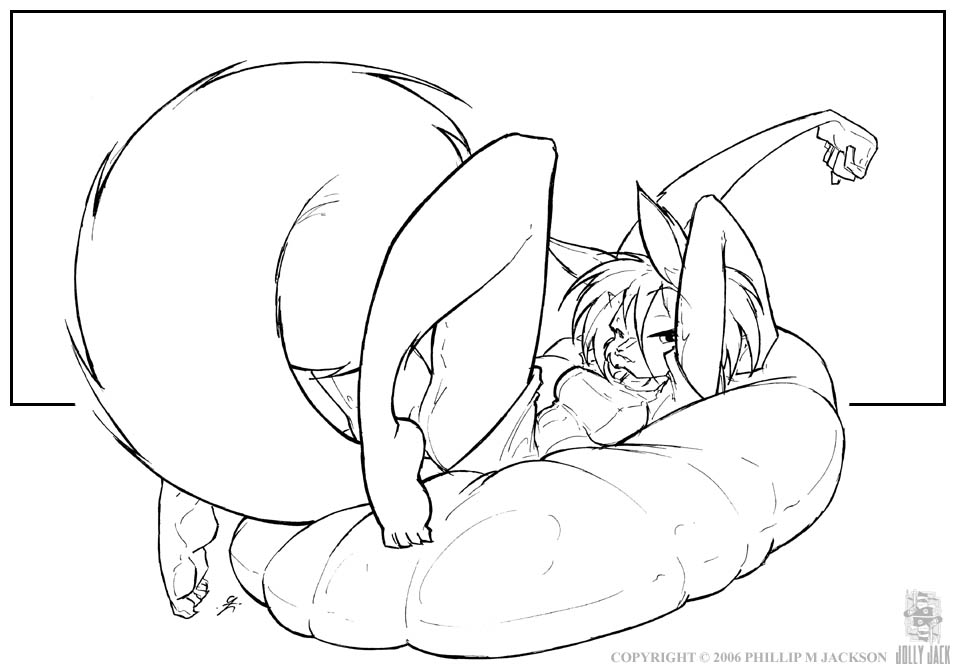 cenaris wrote:That spoiler. If her foot wasn't where it was, that would be almost Penthouse levels of exposure.
Too bad it isn't.

Fixed it for you. 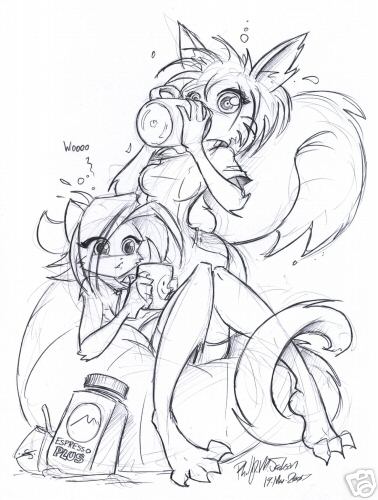 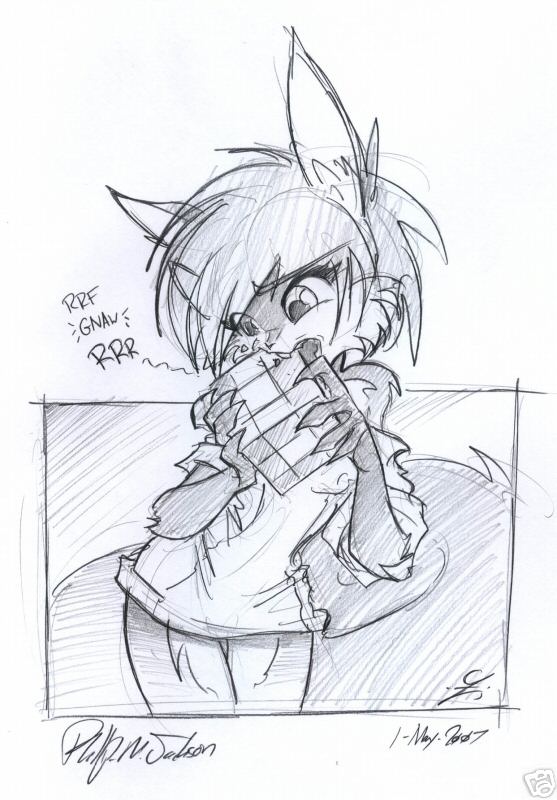 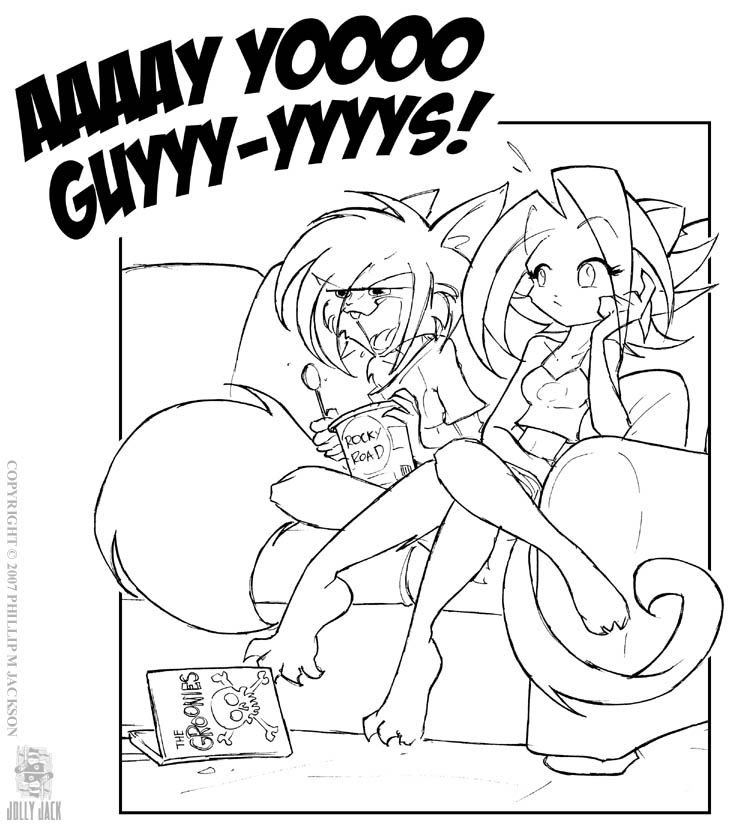 appleclock wrote:Okay, this is a little weird.
*insert awesome here*

This one is actually the best ever.
If you've not seen The Goonies, first of all you must. Secondly, you probably wont get this.

If there is a Pip truffle shuffle picture in the works my life will be complete.

You call that weird? Try having your mom say that exact same thing while making friggin' pancakes while looking at a picture with the same exact thing your mother is saying. Trust me, it's not pleasant.

appleclock wrote:Omg, I just realised the fact, that Scarlet got no mom. That is sad.

I love the look on her face when she gives it hell.
And HOW in the world did she manage to get a hold of one of those infernal instruments of torture?

Grandia wrote:She lives in the attic, how else is she supposed to get one of those things?

Ah yes. Where all the other godless, Satanic instruments go to die. Like the bagpipes. Or the fiddle. Or the vuvuzela. You get my point.

Son, do you have a death wish?

Son, do you have a death wish?

Depends on who you're asking really. If it's the people I play Call of Duty with, then the answer would (apparently) be yes.

Re: S is for Scarlet

» Is There Nothing Scarlet Can't Do?
» [splat!]Look. It's Scarlet!
» Scarlet Fanart
» The original Scarlet
» SCARLET SMASH!