I'm not sure how to react to this.

Frist: AND a shoutout to leekspin? Wow.

I'd say both nations are xenophobic to some extent, both have political parties that encourage xenophobic behaviours, and both have infamous -chan channels.

I also advise reading forums like Gaijin Pot & such to find out about foreigners living in Japan and having to face various problems based on japanese xenophobia.

As for the clip I was suprised that the japanese mid-scoolers (elementry-schoolers?) used quite fluent english. Now THAT was unrealistic.

Posts : 190
Join date : 2010-08-12
I got asked "where are you from" by some kids in osaka
I told them New Zealand and they were like "ahh osutraria"
eh whatever close enough...
had no problem with xenophobia the places I went to

Posts : 992
Join date : 2009-11-03
Location : right before my laptop screen
Well, tourists mostly don't get it, as they're visiting the most popular tourist spots. People that live in cities that encourage tourism aren't stupid enough to pick on foreigners that increase their national/local economy treadmill. I doubt you've visited more secluded places.

And I like exploring the unknown places not mentioned in guides. I can tell that Czech folks were always nice, so as Slovakian and Lithuanian. I won't talk about bad behaviour of some other foreign folks though (looks westwards). But I hope that was just a bad luck of mine.

Phineas and Ferb are pretty good for Disney channel standarts. 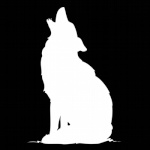 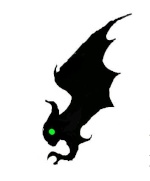 User Name wrote:1. Would the target audience of that show even get the joke?
2. What the hell happened to cartoons?

Blame it on Shrek I say, because from times when first movie was released, many producers like DreamWorks, Disney, etc. try to make cartoons with subtexts that only certain groups or adults would understand. In that certain example - anime maniacs, 4channers, nico nico douga viewers and so on, so on.
I like Phineas & Ferb because of the frequent social commentary. I liked the episode when they decided to write a hit "hip" song. It showed the mass-media customer needs in terms of music, the need to be famous (paroding shows like Idol they did) and the music industry ceo-s approach to music.
I watched that for the first time with my brother and he didn't get that, but nevertheless he enjoyed the show without understanding the hidden, or - in fact - real message. And because of that I can say that it's a good cartoon.

I miss Cartoon Network's Sheep in The Big City as it was cancelled to soon. It was an example of cartoon that was for the adults, or late teens, but a little too much for children in terms of humour.
It sometimes felt like smoking a pot without even knowing how it's like to smoke one

And as for the old and tiring phraze "what ever happened to cartoons" I can only say - they underwent evolution.
You have kids, nieces, cousins at age 5-10?
I showed my brother the old Transformers animated movie from 80's wich to this day get me pumped because of the animation, Stan Bush uplifting music, Spectre General (Kick Axe[/i) so-eighties heavy metal track, Epic hm Lions intro song and Vince DiCola music. The death of Optimus Prime is one of the few animated deaths, next to Mufasa's death in [i]Lion King, that actually made me cry and have the simmilar impact till this day. And I'm sitting next to my brother, shedding a tear for some clunky robot while he cannot understand why, because graphics are bad in his opinion, plot has too much pathos for his taste and music sucks. I wanted to kill the bastard, but I knew that he just didn't understand it. He's the viewer of modern day CN, Disney channel and Nickolodeon. Too much epic themes and pathos are nowdays pathetic, unwanted and undesired.
And our division of Disney channel aired, two years ago to be precise, Duck Tales and Talespin, while some other, public channel aired Rescue Rangers, one of my disney faves. But Disney channel took them down, DT and Talespin because kids sent mails that these shows were boring.

Yes, they were. For fans of Hannah Montana, High School Musical and Camp Rock they were. And they want more live-actors shows. Kids watch MTV "reality" shows these days. And they demand them. I asked my friend sister, she's about 12-13 y.o. what M in MTV stands for. After a long delay she replied, with a questioning tone, rather than in anwsering "for music?". Even kids are suprised that it can mean music when the music, crappy music IMO, is aired after midnight.

So, you can blame it on tv channels, ceo-s, cult of having and Being, cult of unbridled individualism and yet mixed with the eternal need for belonging to some group(oh, the irony), but what it'll give?

Just like annother post under some 80's, 90's catoons, music, tv shows stating that kids today are poor and unlucky to watch nowdays crap instead of our good stuff.
Well, our good stuff bores the main audience, so the industry doesn't give a flying fukk what we think about it. Is it a parasitic relationship? Be the judge.

Posts : 57
Join date : 2010-08-01
Age : 29
Location : United States
Tailspin was one of my most favorite cartoons ever, today's shows sucked compared to the ones of the nineties.

Yeah, I still watch YTV. Only channel that I like and I LIKE Carlos. Of course, anybody outside of Canada has no goddamn clue what YTV is. YTV is like.... Disney-channel lite with actual cartoons that are great by Nickelodeon (they still play the Invader Zim Christmas special and do Invader Zim runs sometimes still too)

I have no idea.

I once even sent them a donation letter, but it seems they don't appreciate getting donations in form of anthrax.

'nuff said. Plus they actually do something thant the cookie-cutter white shit like what you see on the Disney channel. Or even the "black orientated shows" like "Corey in the House" or "That's so Raven"