Posts : 844
Join date : 2010-05-13
Age : 24
Location : Mississippi, U.S.A.
This topic is for you to post your ideas on making your own character maybe if your thinking about making your own webcomic. I'm not thinking about making my own comic yet but I want some feed back on a character idea I've been thinking about. Randomly at school one day I thought of making a skunk character called Pepper White who lives in an apartment rented for her by her caring sister (not creatively named Salt W. Black and is married to Timothy Black). She isn't very responsible so your sister is constantly nagging her to get a job so Pepper can pay for her own apartment. I may post a doodle I drew of Pepper that day. Any ideas on your own characters o how to refine the personality of mine?

Does the character have an overall role? What profession do they have? What's the personality? That's what you need from a basic standpoint.

For example, I played a lot of Far Cry 2, and that inspired me to create a type of sharpshooting arms dealer character (who takes some inspiration from the game's "Jackle" villain). I later took the same game and looked at how I could make another character who I envisioned as roaming a location that was like the fictional African setting. 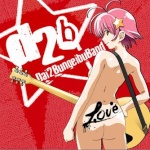 Generally speaking, heroines of stories are the author's or artist's ideal girl -- that is to say, a girl with every trait you love to see in women, which isn't to say she's perfect by any means. Just that, I dunno...They lend themselves to the author's tastes.

Generally people put a bit of themselves into their characters as well, but often more one or two than the others.

It's a bit tough to describe, lol.

Posts : 360
Join date : 2009-11-11
Location : Duckburg, Calisota
Oftentimes, something will inspire me, such as a picture, stray thought, a story, or an idea, and a character will develop out of that. I'll let my mind play with the ideas for a while, putting the character in various situations to see how or if they would react (to determine what sort of world they would exist in, such as whether that squirrel works better in a medieval or a near future setting). Environment is a big factor in forming a character's personality, especially if the personality is something that's contrary to the setting (like the angsty warrior bear in Care-A-Lot or the happy-go-lucky sidekick in the middle of R'lyeh).

However, in the end, nothing actually beats putting pen to paper and writing down or drawing the character going through his or her paces.

For example, let's take my character Deidrei Leafbright . She popped into my head when I saw this picture in the Ironclaw RPG core book. Her developing personality fit in with a group of female warriors I had developed before merging with an ill-formed gay character. Her character development really took off when I actually wrote about her adventures for National Novel Writers' Month a few years ago, where she developed into a plucky, intelligent, sneaky archer who found herself friends with a straight mage as she decided she needed to head out into the world to understand herself.

Sometimes it will take quite a bit of writing before you really begin to understand the character. When I got into the second novel, I understood more about her, revising the first novel to better fit who she revealed herself as. New revelations popped up, such as her pathological fear of ghosts or her need to help others stemmed from making up for being a childhood bully.

Putting characters into difficult situations for them will also reveal more about them. Deidrei likes girls and has trouble thinking of guys as anything more than mobile scenery. Then she meets the timid and shy albino squirrel Wally whom she takes a shine to. How will that play out, especially since he loves her? How about when I kill him near the end of the book?

In short, at best, a character will only appear well developed in your mind. By actually doing something with the character, by taking your impressions of the character and running with them, can you develop your character. 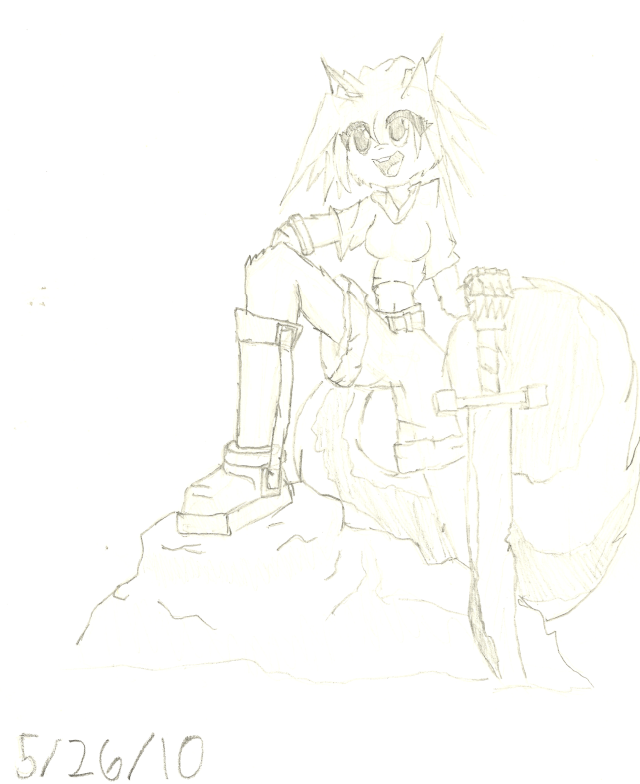 This is a picture I drew of Pepper dressed for some random battle (she is not normally dressed like this). I got the idea from the Kat Of Lorecraft picture. The scanner is suckitude incarnate so you can't see it that well. The top and bottom of her tail is black if you can't see it. Comments (except about the boot, I've always sucked at feet)?

you can't see it but the picture is shaded.
normally she wears jean shorts and a "smile" t-shirt


Note: I don't know why I positioned the right arm the way I did.

I'm just going to quote what I said on another forum:

Usually I just follow the Shakespeare guide of protagonists and characters. Make an awesome person, and give it one big character flaw that will, as the story progresses, manifest itself in other parts of his personality. There; problem solved.

On the note of Mary sue. Well, I guess most people neglect what it is that makes a character more human. It is most probably a character they associate with themselves, based on their alter-ego. They won't intentionally make themselves a bad character trait. That Mary Sue is how they see themselves or see their alter-ego's. And can you blame a person with low self-esteem and who probably thinks everyone hates them and is on the verge of becoming emo? Nope, I wouldn't want a bad manifestation of myself drive me over that point! I'm far to happy at the edge

In conclusion, always base characters on other people. You can mock them more easily. And if you really have a desire to place your alter-ego in the story avoid being the protagonist.

Ok, so topics are a bit different but you get the point

Posts : 844
Join date : 2010-05-13
Age : 24
Location : Mississippi, U.S.A.
Yes! It worked! I darkened the picture with some new pencils I bought, printed it with another printer(making it even darker), and then scanned the printout. And voila! the original picture without the scanners suckitude.

Well, unfortunately, I can't post it for some reason( I wait forever and then it says no file selected) so I shall post a link. https://2img.net/r/ihimizer/f/img404/5839/pepperblackreadyforbatt.png

Quoth BeDaOrLiSeAr:
Well, unfortunately, I can't post it for some reason( I wait forever and then it says no file selected) so I shall post a link. https://2img.net/r/ihimizer/f/img404/5839/pepperblackreadyforbatt.png

It's still not coming through. Perhaps you'd best recheck your url?


Deidrei Leafbright from 2005, cleaned up a bit. The only thing I don't like about this image is that her ears are oriented wrong. 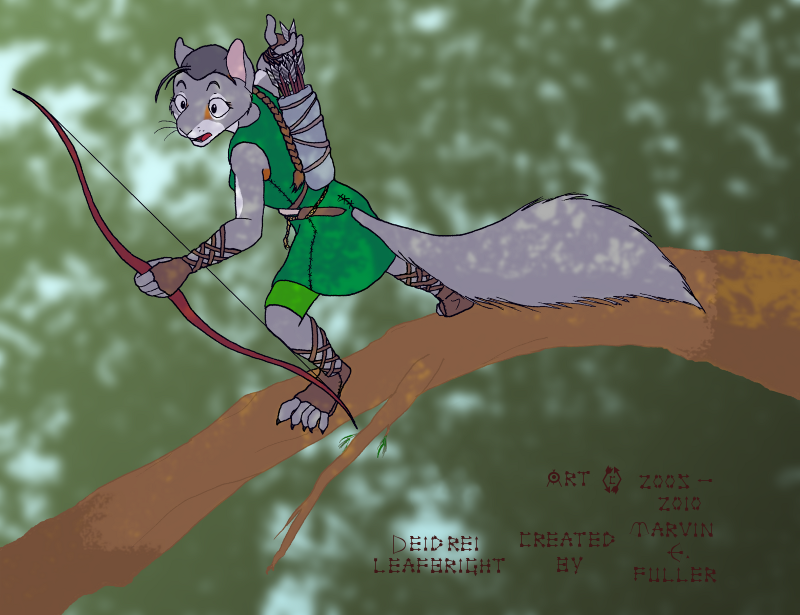 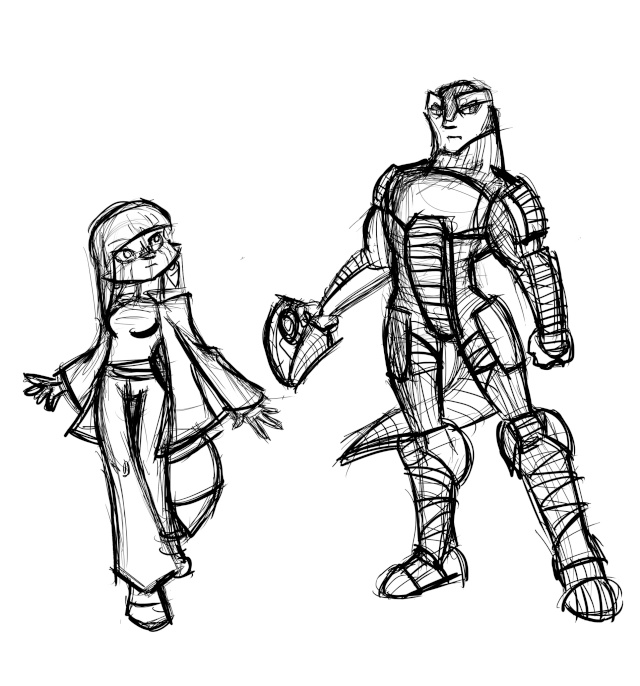 Amanda "Scientist" and Diego in his armour

I think it looks great! I love the lighting effects.

Sorry about the link in the cenaris quote: I am noob and I don't know how to quote two people.


Sorry about the link in the cenaris quote: I am noob and I don't know how to quote two people.

Just quote one guy, copy the dialogue and code, and then paste it in another quote reply. 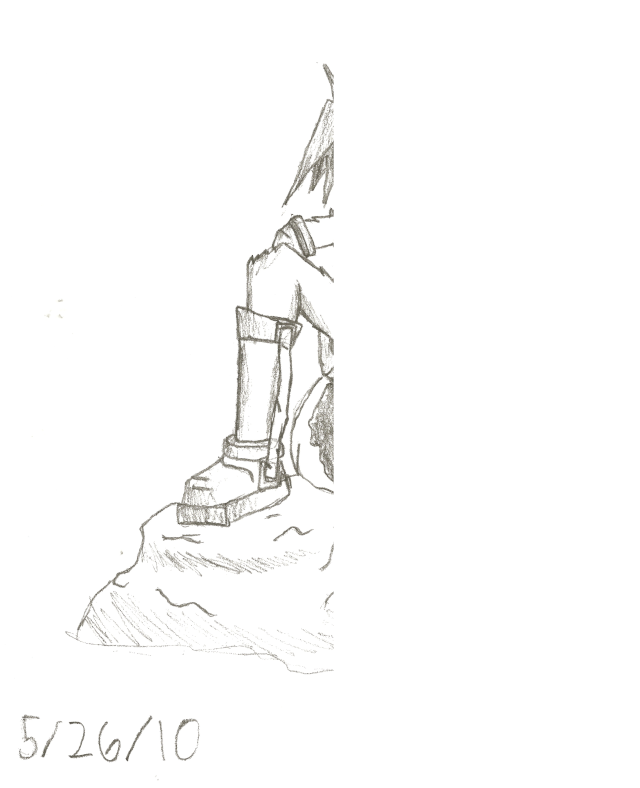 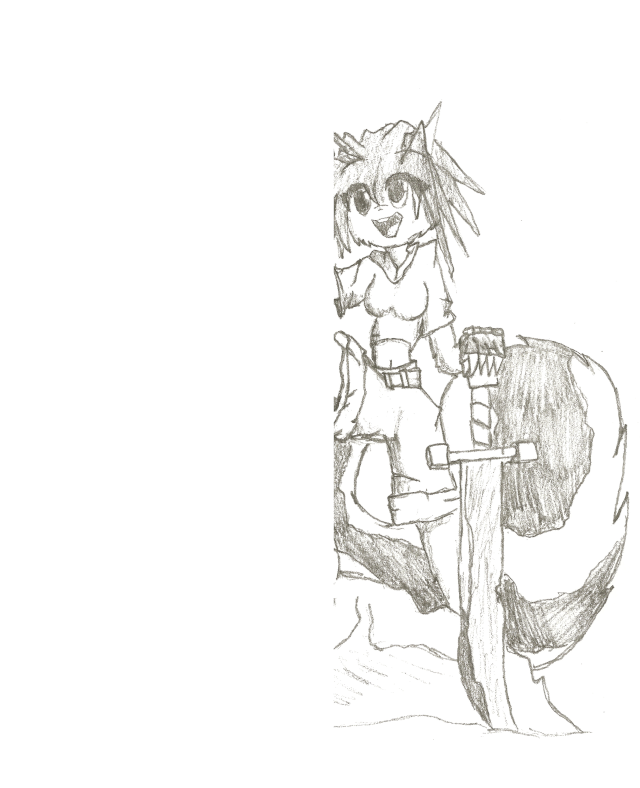 split it in two and managed to upload it! looks strange ripped apart.

Quoth BeDaOrLiSeAr:
I think it looks great! I love the lighting effects.

Thank you. I got that effect by playing around with a couple of photos I had made of tree branches.

Sorry about the link in the cenaris quote: I am noob and I don't know how to quote two people.

Not to me, you're not. If anything, you're a "newb" (note the different spelling).

From what I understand, at least in the circles I drool vacantly in, a "noob" is a troll who obnoxiously acts like a newcomer just to cause trouble. A "newb" is just shorthand for "newbie", a newcomer who is still learning the ropes. "Newbs" tend to be worthwhile even before they get up to speed. "Noobs" tend to be hardly worth the kick in the groin they deserve.

split it in two and managed to upload it! looks strange ripped apart.

By the way, here's a proper writeup on Deidrei:

An intelligent and sometimes restless individual, she wanted to be a mage as a kit, but instead ended up training to be her Artemin clan's best archer, one of the few literate members of the clan, and with a heroic streak stemming from a need to help those weaker than her and tending to express itself through practical jokes upon those whom she believes deserve it. She has a debilitating phobia of ghosts and hates Samhain (Halloween to us). After the death of a childhood friend and lover, she flirted with alcoholism before her family and friends pulled her out of her grief and depression. She is a good friend, a valuable ally, and a bad foe to cross.

Deidrei has an adopted elder sister (whom she treats as a younger sister) and a half-skunk baby sister. Her mother is the Diana for her clan. Deidrei doesn't expect to follow in her mother's footsteps which makes Deidrei feel like a disappointment.

The Artemins are several very loosely allied, all-female clans lead by a Diana. Some are very conservative and anti-male while others, like Deidrei's Treetop Clan, are open and friendly towards males, but do not allow any to take up residence in their village.

CyberCorn Entropic wrote:
Not to me, you're not. If anything, you're a "newb" (note the different spelling).

From what I understand, at least in the circles I drool vacantly in, a "noob" is a troll who obnoxiously acts like a newcomer just to cause trouble. A "newb" is just shorthand for "newbie", a newcomer who is still learning the ropes. "Newbs" tend to be worthwhile even before they get up to speed. "Noobs" tend to be hardly worth the kick in the groin they deserve.

Actually, a noob, or rather the word "noob", is a way to insult someone in a very harsh way. Stating to everyone that they (the person being insulted) are infact a newbie, or someone how just sucks at everything related to the topic. (forums, singing, art, gaming, etc.) It is a "Taunt" if anything.

Posts : 844
Join date : 2010-05-13
Age : 24
Location : Mississippi, U.S.A.
CyberCorn, I think your character is very creative. I envy your ability to create an entire world with such creativity. Did the character come first, or the world?

Re: Your Own Character