Quoth Nikolai:
Actually, a noob, or rather the word "noob", is a way to insult someone in a very harsh way. Stating to everyone that they (the person being insulted) are infact a newbie, or someone how just sucks at everything related to the topic. (forums, singing, art, gaming, etc.) It is a "Taunt" if anything.

Could be. The meaning probably differs according to social group.


Quoth BeDaOrLiSeAr:
CyberCorn, I think your character is very creative. I envy your ability to create an entire world with such creativity. Did the character come first, or the world?

Thank you. The world came first. I first created it about fifteen years ago, developing it with occasional writings here and there as I went along. I didn't actually sit down and write the first novel Winterfur until NaNoWriMo (National Novel Writer's Month) 2004. I started the sequel Isen's Bane the following year, but haven't finished it yet.

Deidrei is a major supporting character in Winterfur, first appearing halfway through the novel. I liked the character so much that, in Isen's Bane, she was promoted to co-star. As I've written Isen's Bane, I've had to revise Winterfur as I understand Deidrei's character better. I have some idea of her future as I have two more possible novels planned.

However, the main character of the novels isn't Deidrei, but Baksrit of Albes AKA "Winterfur". 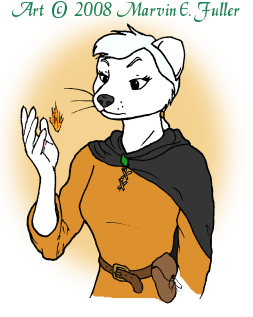 Born to a merchant house in the large city of Loma, Baksrit found that the mercantile business just didn't interest her. After human wizard Solomon rescued several people, including her parents, from a spell-wielding assassin, she impressed Solomon with her prudence and intelligence enough for him to take her on as his apprentice. As a result of a spellcasting accident (which might not have been the accident everyone thought it was) early in her apprenticeship, Baksrit's coat is permanently locked in ermine colors, has an increase in the power of her spellcasting abilities, is forced (to her chagrin) to an all vegetarian diet, and ages slower than other weasels (at twenty, she has been mistaken for a teenager; at fifty, she is likely to appear as if she were in her late twenties). At the time of my novels (one written, one half-written, and two planned), she is a journeyman wizardess; highly skilled, very knowledgeable, and potentially powerful, but still in need of practical experience. Usually, she's painfully aware of this, but sometimes she does tend to forget and overreach herself.

Baksrit has two younger sisters and two older half-brothers through her father. Her mother is her father's second wife who is often gleefully at odds with Baksrit's overbearing paternal grandmother. Baksrit is being courted by a male weasel from another merchant house, but they have chosen to delay being affianced for the time being. On rare occasions, Baksrit has seen the spirit of her dead maternal grandmother thanks to "damage" done to her brain by the accident. In truth, contacting the dead gives her the willies.

Probably the biggest thing this particular picture helped me to decide about Baksrit is that she prefers to wear warm autumn colors.

Quoth Nikolai:
who is Pepper?

Pepper White is the Sequential Art style skunk whose picture he's been trying to post the last two pages. 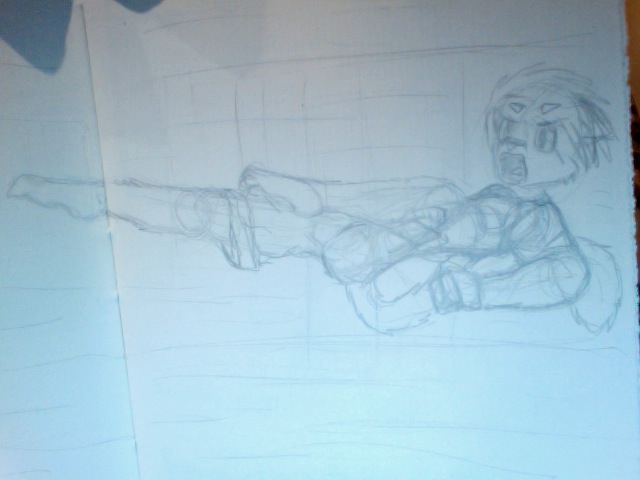 Posts : 844
Join date : 2010-05-13
Age : 24
Location : Mississippi, U.S.A.
On another topic I mentioned a character I made calledryan melfire. well this is what I was talking about. To me it was a little too old huge-eyed cartoonish. 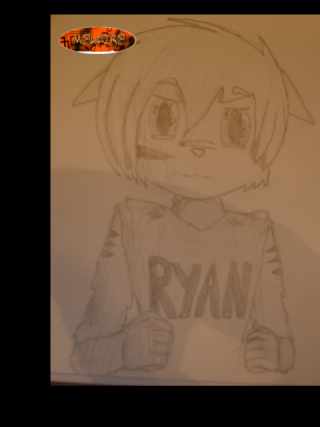 So, I took that random sketch and called it the new and improve Ryan Melfire. 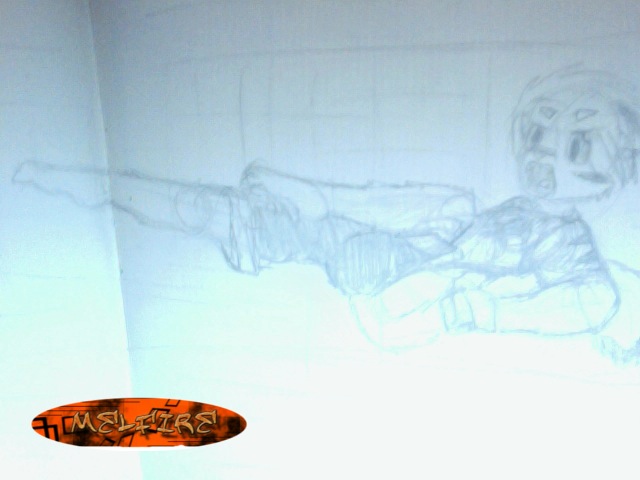 I liked it so I made another one. 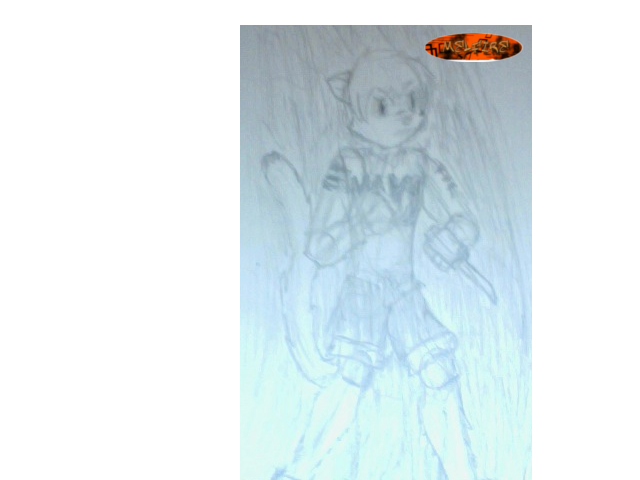 So I decided to make him a fighter kitty. So-long preteen "kiddy"-kat. Well, I thought that he needed a sidekick. After a lot of thought and after I started drawing said sidekick, I realized that I could make one of my completely unoriginal characters more original. Remember my character Pepper White, the stupid and innocent skunk? 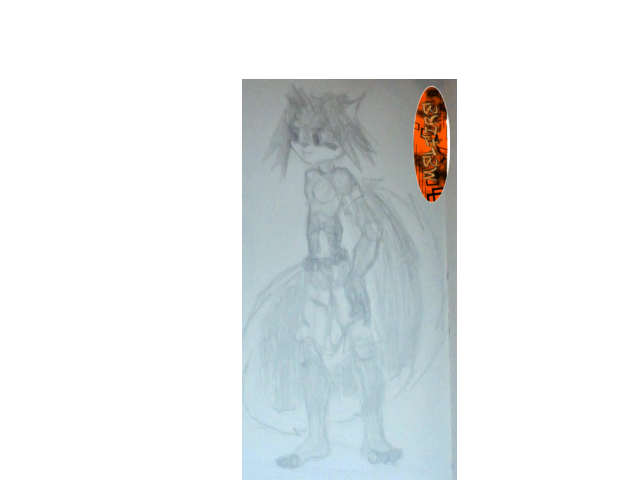 
Since I'm traveling in Europe, I don't have access to a scanner. I'm stuck using my computer's camera, which is suckitude incarnate.

also, the pictures are backwards because my computer is too freaking stupid to automatically switch it around and I'm too lazy to fix them. All of these still in 4H stage. 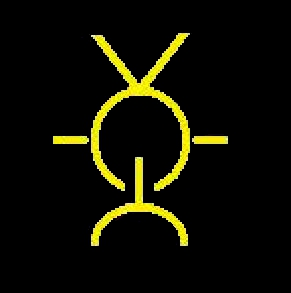 It dose not have to be yellow with a black background. just Black and white. (White background)

Re: Your Own Character