Flight of the Mighty Ironbolt - Web Comic under Development 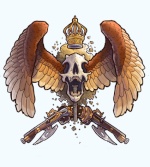 I'm real exited to come around today and introduce to you, my own web-comic project which officially has started development. Over the next 162 days, I hope to take it from a couple of loose sketches and a pretty solid idea of the script to a full-fledged, actual web-comic (as in - I will hopefully within said 6 months be able to publish the first page).

Why am I posting this here? Well, since Philip 'ere has been a pretty solid inspiration and one of the web comic artists I've followed for a long, long time. So mad props to you, keep up the good work.

If you want to follow the development of "Flight of the Mighty Ironbolt", head on over to this link and have a look!
Please, don't hesitate to write comments and constructive critique both here and on the blog :3
________________

I've now uploaded the first glance of the Ironbolt character-cast - this will be Dominique Dejarnette, our protagonist. The coloring technique used seems a bit too extensive for me, so for the next full body turn-around, I'll consider something more simple. Do leave any comments or critique if you fancy. Dominique Dejarnette, second drawing - a full body posture of her to give a better idea of who and what she is.

I took some inspiration from - among others - Chel hailing from the Dreamworks production "Road to Eldurado", with her wide hips and slightly more bell-shaped body. Ideally, I also wanted to give vague allusions to one of my other all-time favorite female protagonists, Alyx Vance, whom DIDN'T have to wear an absurdly skimpy attire to portray femininity (from my point of view atleast).

Generally, I aim to have an air of practicality around Dominique in contrast to many contemporary sci-fi women.. one just have to look at Miranda Lawson from Mass Effect 2, who in my personal opinion, experiences more exposition towards her curvy backside than to just about anything else on her (Link is.. somewhat SFW - as it can ever get with that woman): 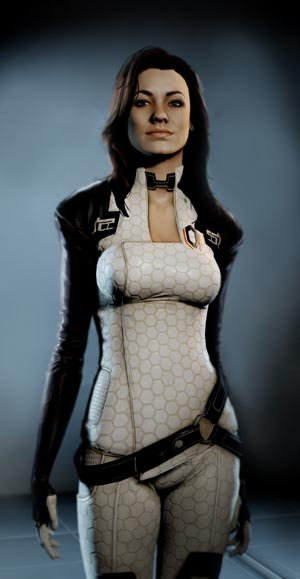 And, -what gives- with the high-heels? This's something that's boggled me to no end: If you're off into a dangerous, perilous and dirty adventure, how come you have to do so in positively impractical high-heel pradas?

Do leave any comments or critique if you fancy.

Keep it up, this is really solid work!

Putting aside work on the comic for a bit to showcase my updated show-reel which can be found on:

Time for a new addition! While I'm scouring like crazy for a job to allow me to stay alive, here's a new character showcase. My second main protagonist, Baron Ironmutt! Inspired by "Dog" from Half-Life 2, this twiddling, personality-cursed robotic construct has a few screws loose but enough weight to discourage any for pointing out his flaws.

Besides the fact that I really need to learn to render metal, I'm having some issues imbedding perspective into this drawing. I'll have to try harder with the next. Comments and critique is, as always, not only welcome, but -encouraged-.

Link to his "sheet" found here:

So yeah, 160 days plus wasn't enough, but there's some pretty good reasons for my massive delay.
You see, I'm pleased to announce that "Slug Invasion" actually went to the prestigious Cannes Film Festival, gunnin' for first place in the Cinéfoundation short-film competition. In short, it's only fifteen movies were selected from an application pool of 1.700 entries.

We didn't win, naturally, as "Slug Invasion" ain't exactly Cannes material (A lot of very serious real-film movies against one Derpy YouTube ready slug-invasion action explosion short?), but the four very hectic and crazy days spent there were beyond awesome.

All major danish news agencies descended on our poor, unprepared group, along with some international ones - I had to do some interviews on live nation news as well! Pretty slick.

Below, you'll find a sh*t-ton of links putting some proof behind my tall tales - check it out for yourself:

I'll update with some photographs when I manage to draw them out of my camera.


FLIGHT OF THE MIGHTY IRONBOLT UPDATES:
But we're not done! While my summer has been very busy, I've managed to get some new concepts down (while having my deadline extended to somewhere in December). I've also done some tweaks to the presentation:

A bit of trivia about these new characters can be found on my DeviantArt profile linked above.

Beyond that, I welcome and encourage any constructive advice and points of critique y'awl might have. Let it rip!

A couple of new drawings for the blog which'll combine all my personal stuff, random lol and comic shenanigans. The tarot cards will feature in the banner heading up top. Snazzy! 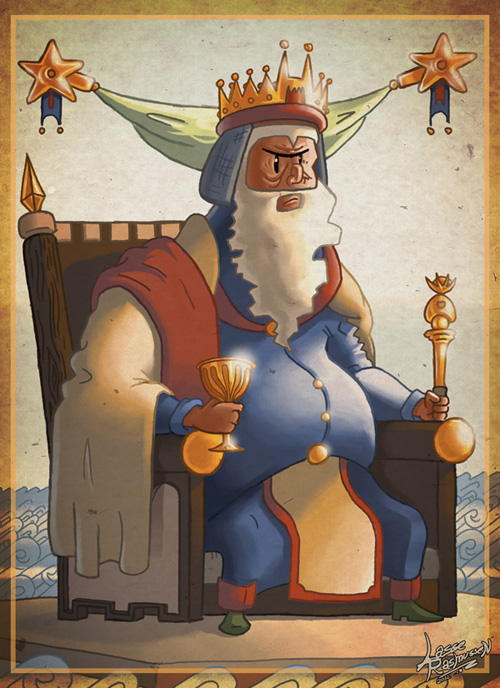 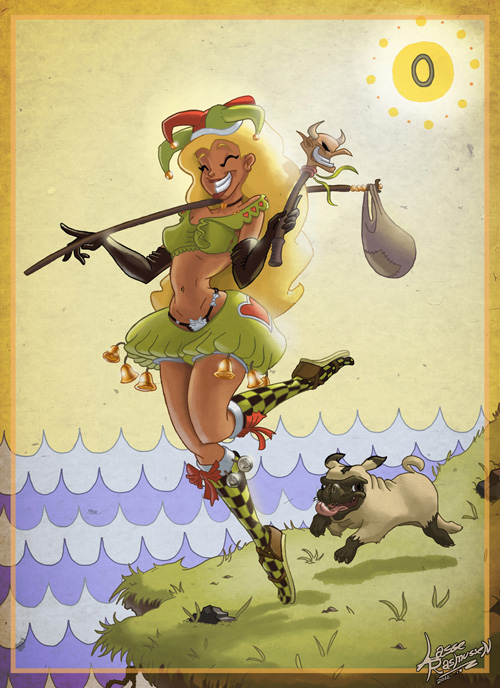 Bigger examples can be found on my DeviantArt up above.

Beyond that, I welcome and encourage any constructive advice and points of critique y'awl might have. Let it rip!

Re: Flight of the Mighty Ironbolt - Web Comic under Development