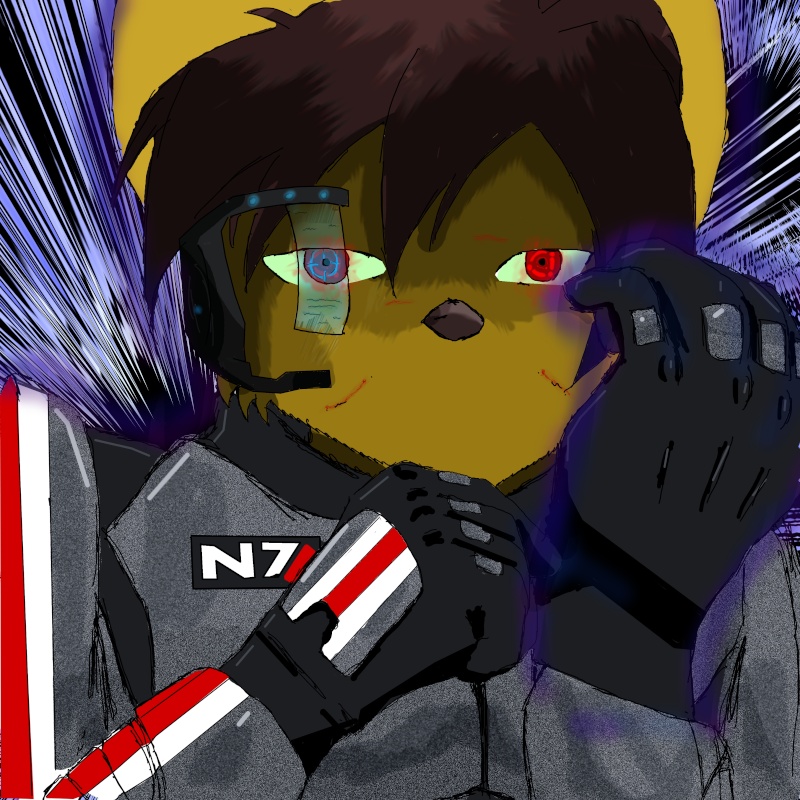 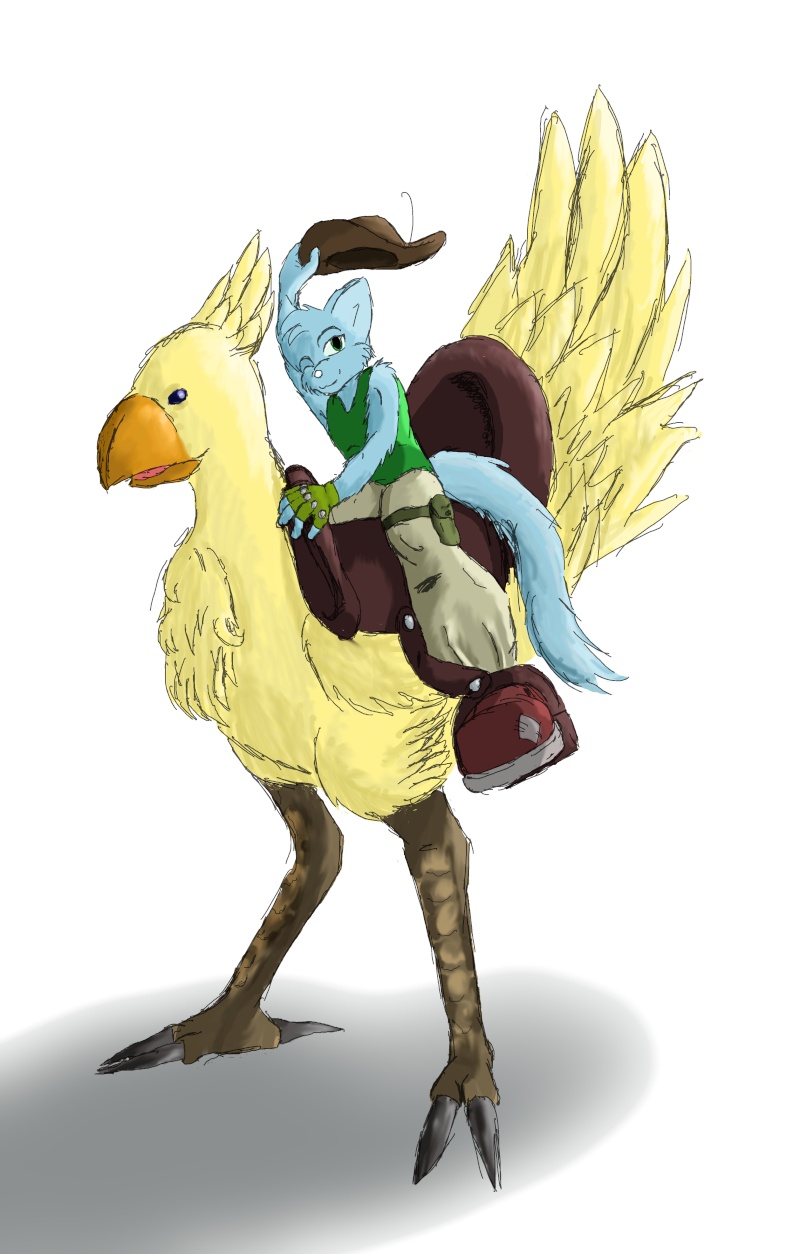 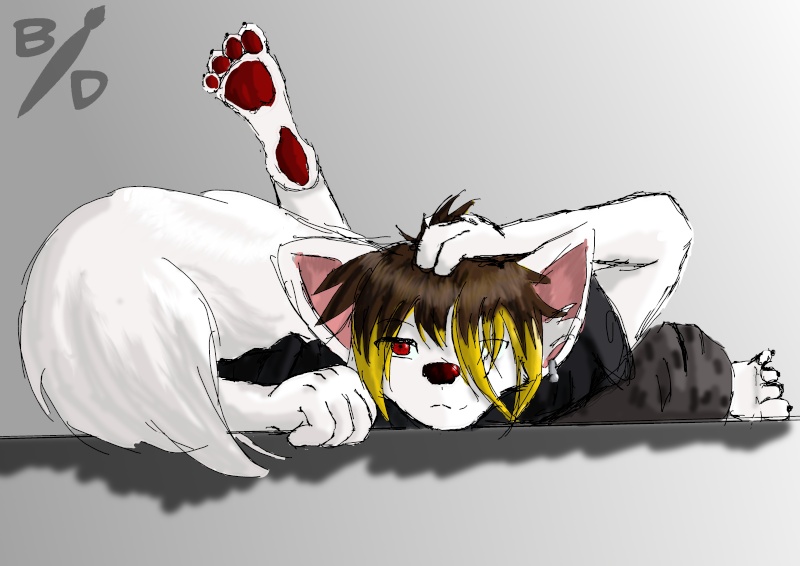 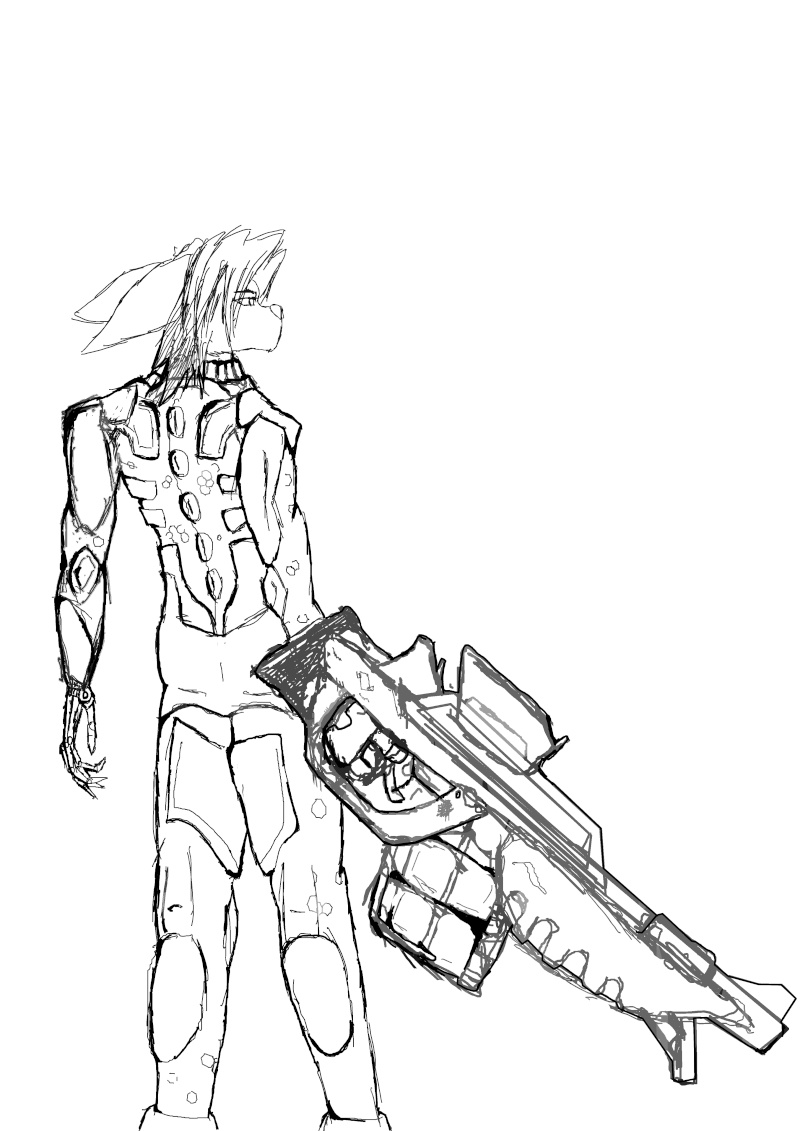 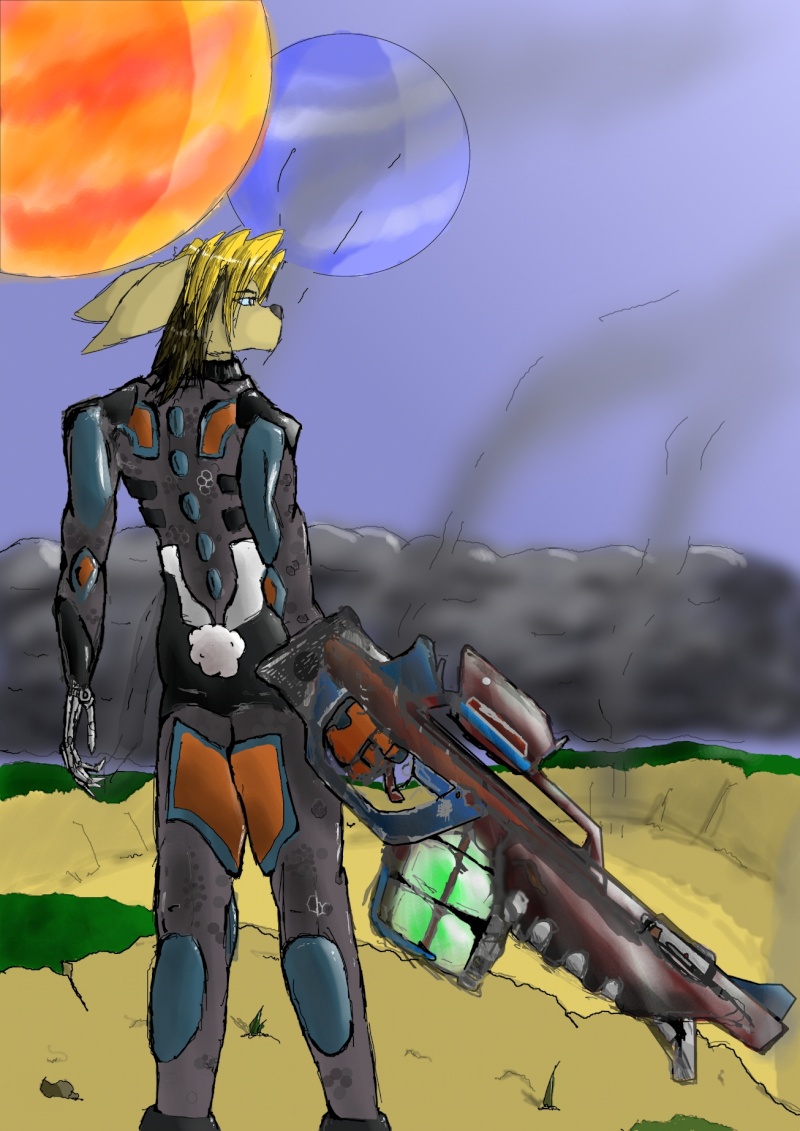 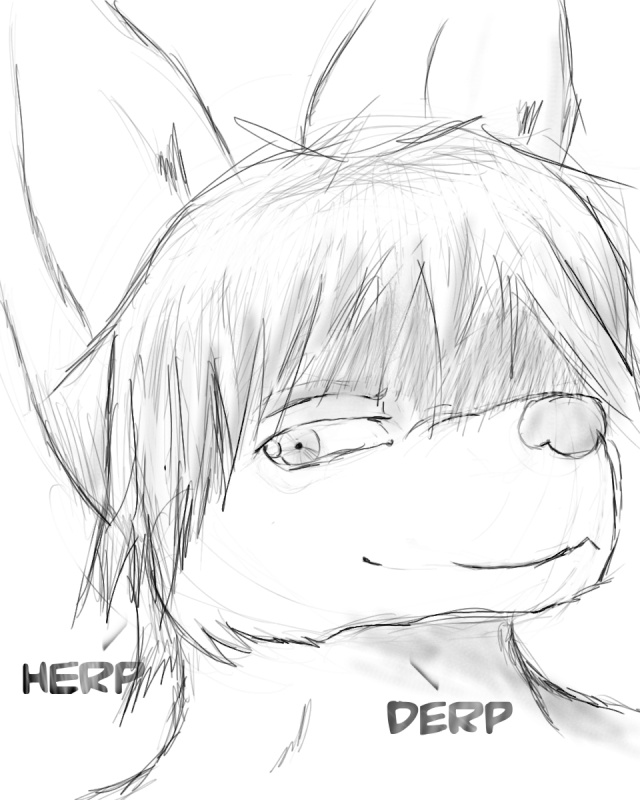 Posts : 844
Join date : 2010-05-13
Age : 25
Location : Mississippi, U.S.A.
This should be heavy on much needed quotation marks. This week, I'm taking an "animation class." So far, we've drawn Mickey Mouse a couple of times, and then we got to choose a figurine of an animal to turn onto a cartoon character. Of course, I chose the fox (which they guy to my right also wanted), and drew an random "cartoon" "character". Naturally, everyone named theirs, and I was stuck with a crappy name, "Brush." I wouldn't say I "despise" Brush, but I really don't like him. I'm just not as interested on drawing "cartoony" stuff. I think he looks like crap, the guy apparently thinks its fine (though, he is the same guy who complemented another kid's drawing of a "raptor-man", which looked like a really angry flaming pizza).

Well, I thought someone on this site might know a thing or two about "cartoon" animation, so I've decided to post it. Please give actual feedback if you know what you're talking about. 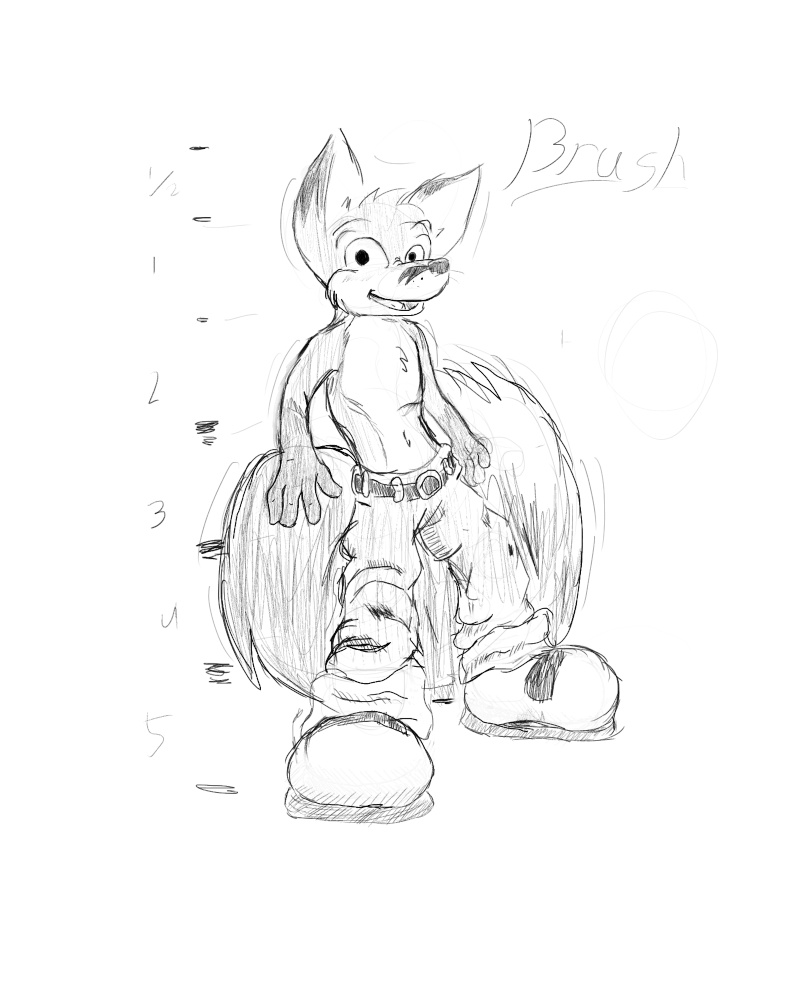 [Edit: I'm really impressed by how much the pencil brush in Corel actually looks like a real pencil]

Dreadstunlock wrote:Now that looks really awesome! a bit more fix on the arms and it's going to look stunning!

Thanks, any suggestions for how I could improve the arms? I tried to make them more rounded to give it the cartoony "flow", but not as much as, say, Mickey Mouse. The hands are a lost cause, so there is no point in helping with those.

Thanks for the response!

Posts : 152
Join date : 2011-05-23
I would actually make them a tad bit muscly, make the physique a lot more slim and tough type, not too much though just a tiny bit to remove the "Spaghetti" look 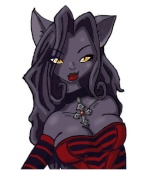 Posts : 113
Join date : 2009-12-09
Age : 33
Location : Evansville, Indiana, USA
The only thing I don't really like it the tail. Something about it looks too boxy to me. Maybe if the tip were more pointed or it didn't bend as much at the base? Otherwise it looks great. 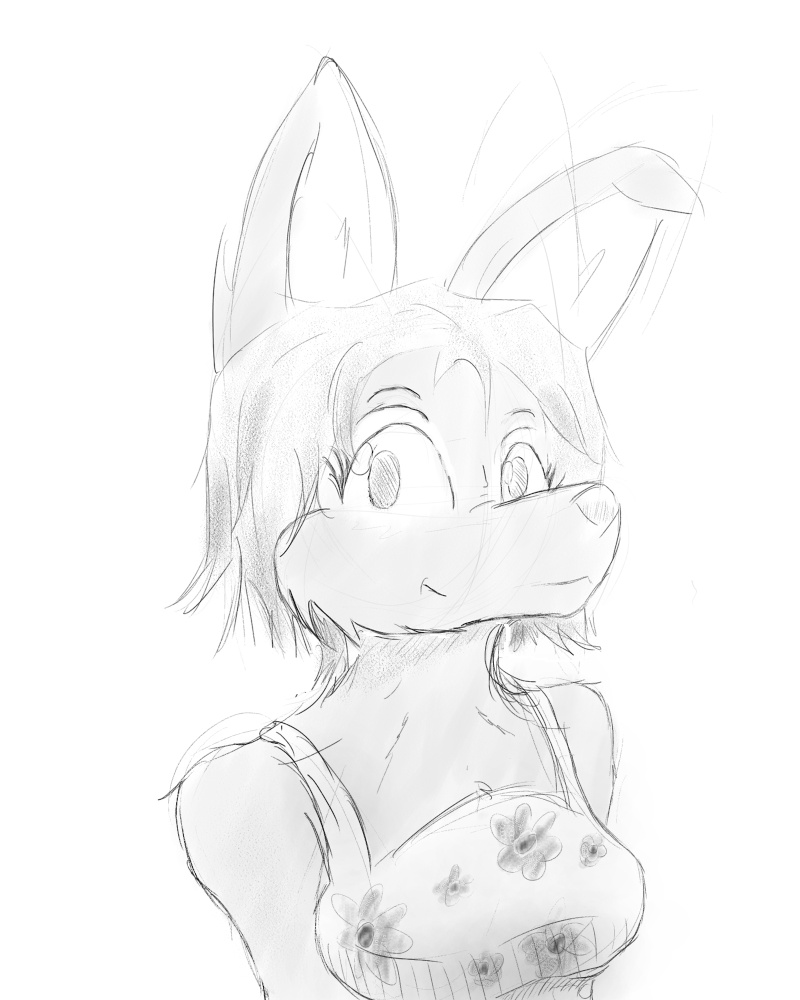 [Edit: gaahhh... It looks like something I would have drawn months ago. crap] 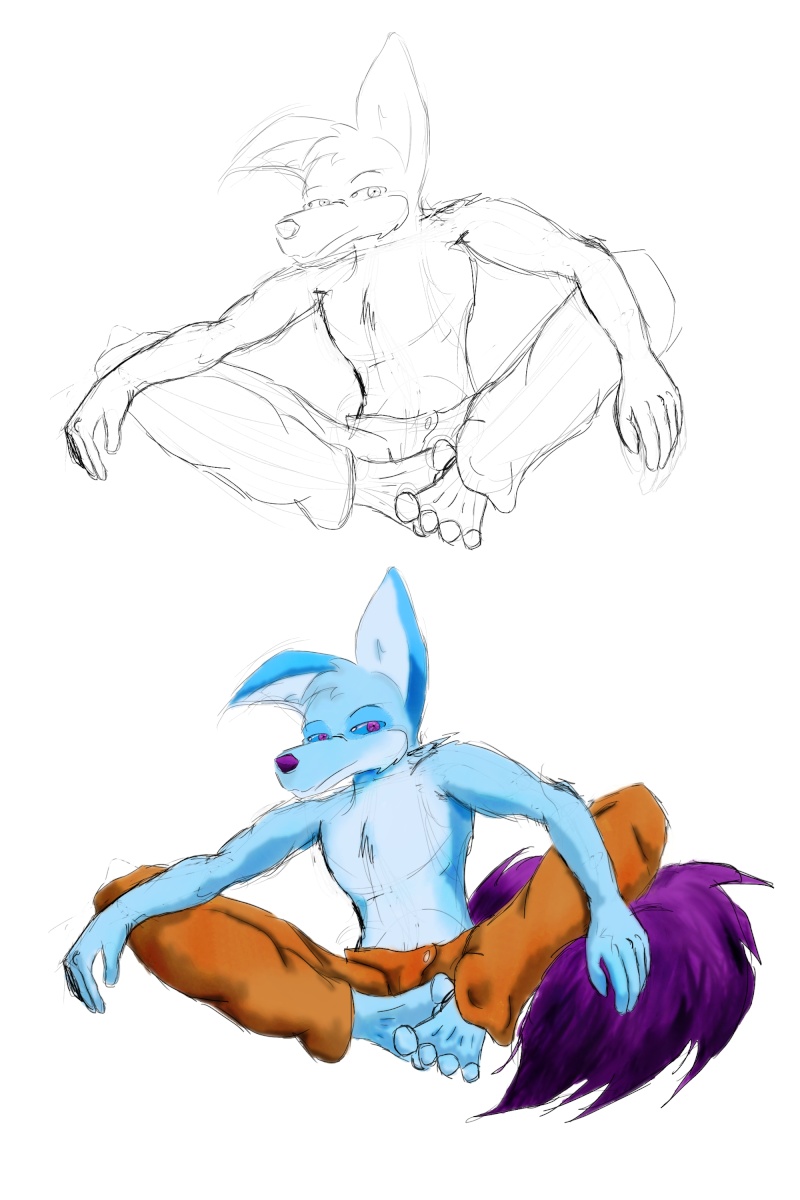 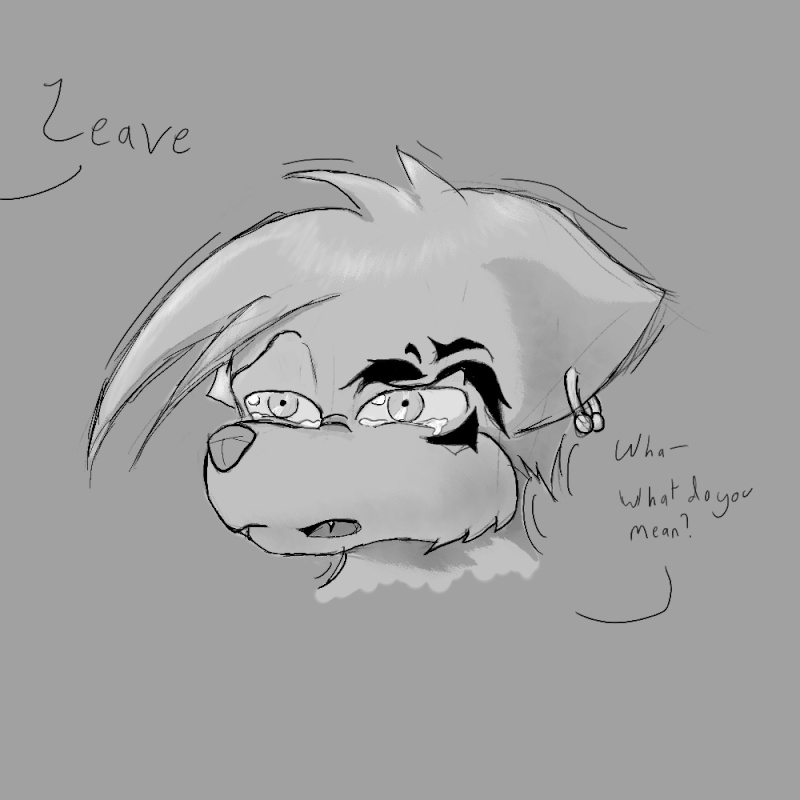 I hear stories of children no longer being accepted by their parents for being different or considered by some as "socially unacceptable" ([for lack of a better term] goth, homosexual, etc.) and it gets me mad every time. Why are some people just dumb*sses at this extreme level?

[Note: the image is not meant to be a stereotype or offensive in any way. it does not represent any of the groups listed above or is meant to represent anything that is considered bad. If you find it offensive, then I offensively say,"Whatever, dumb*ss"} 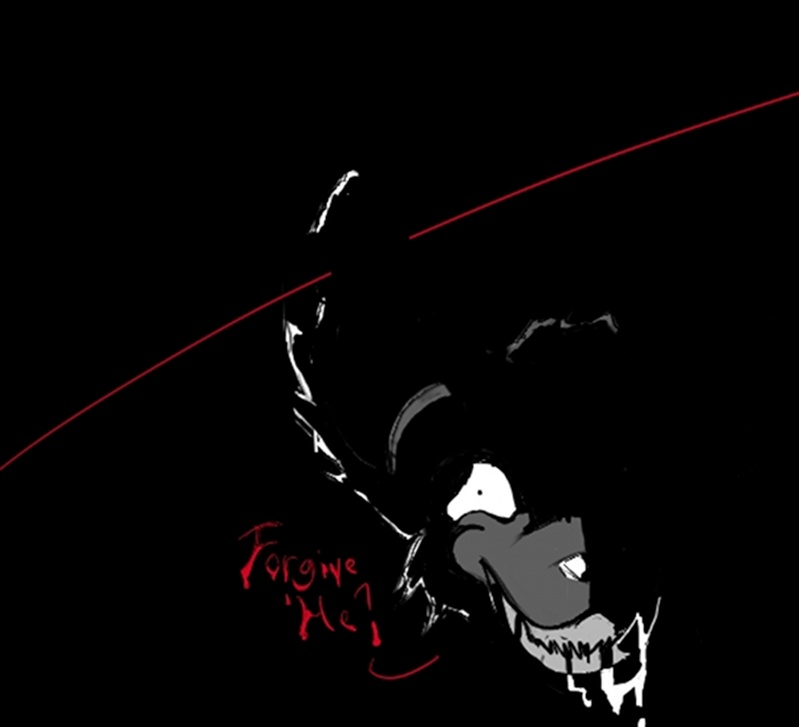 Something I'm posting on some sites, like an idiot: 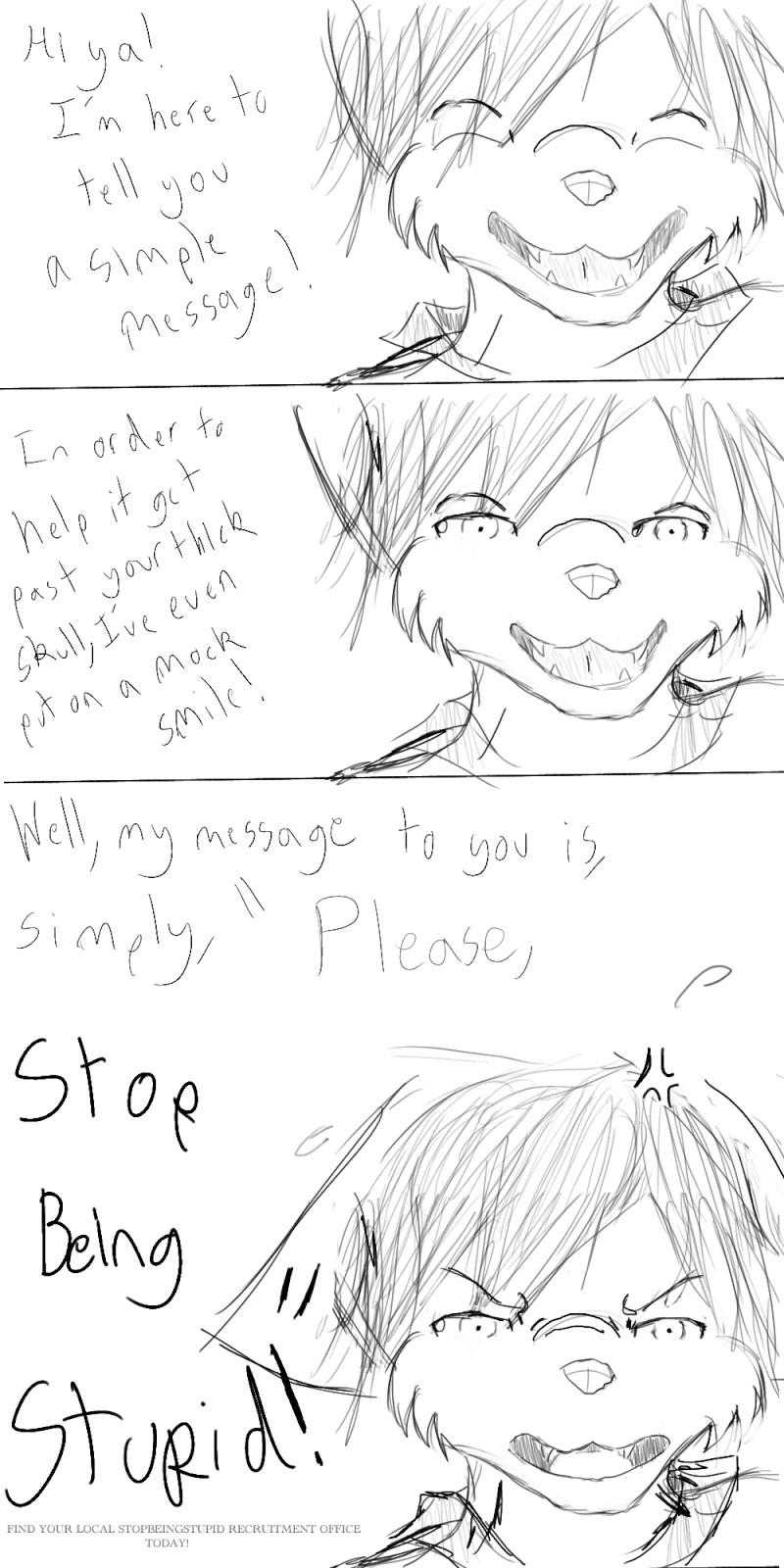 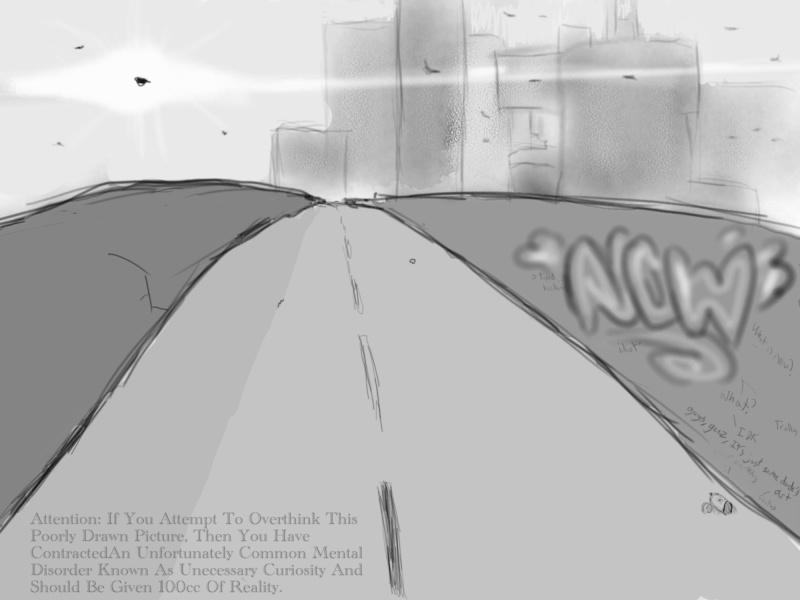 Dreas_Dris wrote:Like that comic strip but love the message on the road one. ^_^

Lol, thanks. Which message? the text?