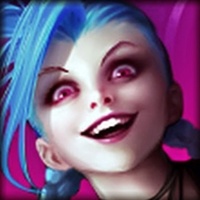 Be glad Pip isn't there with a camera. 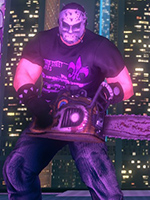 droidstr wrote:everyone here hates Hilary, unless her pants goes off?
maybe spiteful one have lost not only boobs...

Excuse you me, I am on repeated record that Hilary & Pip is primarily wrong because she can do a lot better.
We luvs da bunny!

dastardly wrote:Does she mean pants in the English sense (underwear)?

probably no, cuz underwear is already on boobed one. looks like they split the clothes.

No pantyless bunny, maybe JJ should fix the word issue, because her leggings might have gone, but they have been returned.
Don't give power to Yank words.

Why not? That's exactly what Shameless did.

Jessi wrote:No pantyless bunny, maybe JJ should fix the word issue, because her leggings might have gone, but they have been returned.
Don't give power to Yank words.

Even I, an 'Murrican, was a bit confused about that. (Although an educated 'Murrican and Anglophile.)

Honestly, if I read the first comic correctly Phillip was talking about her underwear not her leggings. I wouldn't think a Brit would make that mistake, unless he made it on purpose. Not beyond possibility of course. But I think the impression he's trying to give is she ripped both her leggings and her pants off and Kat was asking for her to give the latter back. Or am I mistaken?

That said, if he wanted to be unambiguous about the line he could have said "knickers" if he specifically meant that. However I agree if he meant the leggings he should have specified that instead of "pants." But "trousers" would be wrong too, because leggings are definitely not trousers, and even here I wouldn't call leggings "pants." Sometimes "tights."

tarmaque wrote:Honestly, if I read the first comic correctly Phillip was talking about her underwear not her leggings.

As a sawage barbarin, who have learned Eanglish from manga and videogames, i can't tell anything about slight meaning of word 'pants'. But isn't it obvious that Phillip has spleated clothes between them so pyrobunny just had not have undetwear?

Jessi wrote:because her leggings might have gone, but they have been returned.