What have you recently played?

Posts : 202
Join date : 2009-11-04
You know what I've recently discovered that I wish I had done sooner? I've discovered the best way to get a feel for a game before buying it. Forget demos. Forget rental. Just watch someone playing through it on Youtube. By that I don't mean developer commentary playthrough, I mean some regular gamer who records themselves playing the entire game from beginning to end. They're all over Youtube now.

Odds are you won't have to watch for very long before you start to get an idea of whether a game looks worthwhile or not. Especially with me and 3rd person melee action games because every single one this year has been really really terrible with the exception of maaaaybe Darksiders. A few minutes watching The Force Unleashed 2 and Splatterhouse and the usual by-the-book unstrategic repetitive quick time event garbage gameplay and boom, you've saved yourself time, money and heartache by not bothering.

Because all Bethesda has to do is show a trailer of a stone carving and I am wondering why I don't have a Time Machine so I can waste over 100 hours of my life again, this time without guns.

I'm not a huge multiplayer person. CoD4 got me back into it. Modern Warfare 2 got me really into it, until people started modding like crazy and boosting and 10th lobbies and shit that just cheapened and ruined the game.

Treyarch equalized it for everyone. I can go from 35-4 to 19-16 in as little as one match. Killstreaks are reasonable to get, the perks are perfectly balanced to your type of gameplay. I'm second prestige, and I like resetting myself.

Plus, I LOVED the campaign. I like conspiracy theories. I played WaW and I loved Reznov's... return. Plus the last video was absolutely awesome. The Vietnam mission sucked though. Way too many Japanese soldiers.

Zombies was surprisingly enough a backburner for me.

Smacking a creeper off of your tower and watching him die is awesome.

Not to be confused with Bulletstorm, aka Generic FPS #5603, Bladestorm is a game from 2007 that I only found out existed around a week ago. Best described as an Action Tactics RPG but it's genuinely hard to put a game like this into a genre. As soon as I discovered videos of it I HAD to have this game, even if it meant driving 36 miles to a Gamestop that had it in stock, which I did.

Only a few hours into it so far and it is awesome. After some very basic character creation, you take control of a mercenary operating during the Hundred Years War between England and France in the Middle Ages. The gameplay and battle flow takes some getting used to but I'm already getting good at trampling English and French alike under the hooves of my cavalry and getting paid quite well for it.

Ganthan wrote:Not to be confused with Bulletstorm, aka Generic FPS #5603

aka. The Best Unpretentious Fun FPS That I've Played Since Painkiller - and it's done by the same guys, by the way. We'll see if new Duke can top it, but nevertheless - Bulletstorm is one of the few FPS games that I really enjoyed and enjoy(because I'm still playing it) playing in recent years.

And the fact that I know one guy from the studio that created that game and gave me a free copy don't mean nothing.

GT5 - I'm making millions now, baby! Anyone who wants a race can add EXTRS to their PSN.
Sonic Colours - Face it, this is pretty much one of only good games the Wii has had or ever will have. Plus it's miles ahead the other 3D sonics in terms of quality on every level. Controls? Responsive. Music is bitching. My word, this Sonic actually has a story (It was written by the Happy Tree Friends writer from what I've heard). And no new animal friends. Great success!
Prince of Persia games - Well the Sands of Time games. Control, length and design wise, Warrior Within was the best one.

PC: Went back to Garry's Mod after my fortieth castle was lava'ed in Minecraft and the server was restared from scratch for the 12 time. Lost interest in it. Just mostly using nodded maps and AphwnintheDarks Star Trek Ship pack and gravity controllers to have a good old time flying around in maps in Voyager or the Enterprises. 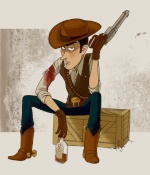 No but really I cant stop playing Minecraft...
I might have to sell it...

PD: no hablo ingles y hoy no tengo ganas de pensar, so u can use google to translate that.

aka. The Best Unpretentious Fun FPS That I've Played Since Painkiller - and it's done by the same guys, by the way. We'll see if new Duke can top it, but nevertheless - Bulletstorm is one of the few FPS games that I really enjoyed and enjoy(because I'm still playing it) playing in recent years.

Yes, JJ's old "dot" game about defending against an infectious zombie outbreak. I play it maybe once a day, after spider solitaire and Pocket Tanks as a break after my morning email and webcomic checks. And I just had the strangest session ever. Back when the game was new, there were posts about the highest number of dots (people) saved. A few of us caught the one "seed" zombie as soon as he appeared, and rescued 999.

My play style is to put down a Medical Centre (cures carriers) off-center in the lower-right area so I can place an Evacuation Point in line with the long vertical and horizontal paths but within the protected area. (Losing your score because a carrier sneaks aboard is a killer.) This time, I did that and almost immediately got an "Infection Cleared" message. I'm guessing that the "seed" zombie starts out as an infected dot, and when it was cured I won. 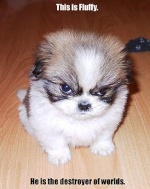 its awesome after all these years, due largely to its moddability and the fact that its sequels were horrible.

Posts : 202
Join date : 2009-11-04
I have Simcity 4 and hooooooly crap is it complicated. Don't get me wrong, I love me some good big complicated games like Civilization, but even Civilization has nothing on Simcity 4's complexity.

Posts : 196
Join date : 2010-06-13
Age : 37
Location : Houston Texas
I just recently got Homefront. Despite the weak in the knees mutiplayer issues that sap fun from it's player vs player games plus the supposed awe inspiring but largely failing emotional depth you're suppose to feel during the single player I have found that putting all of it aside, one can have great fun merely playing around with all the nifty things you can buy in the game during a game. A sure enticement to KEEP playing. I mean I have just hit 43 and I've barely had it over a week. I really should be getting back to my writing but... DRONES ARE SO FUN~!

Ganthan wrote:I have Simcity 4 and hooooooly crap is it complicated. Don't get me wrong, I love me some good big complicated games like Civilization, but even Civilization has nothing on Simcity 4's complexity.

you serious? simcity4 easy peasy once you know how to play it right

and btw...the Civilisation's are awesome

you serious? simcity4 easy peasy once you know how to play it right

and btw...the Civilisation's are awesome

Now don't think that I'm calling this a bad game in any way, because I'm not. "Once you know how to play," are the key words in your sentence. It's just that the path to reach that is pretty difficult. Three different densities for different zones, demand, desirability, like a million different ordinances, different tax rates for everything...

Maybe the problem here is that I've only tried it on Easy difficulty. Perhaps I should try on Hard to force myself to prioritize certain things.

Re: What have you recently played?

» Looking for a game i played in the 90's
» 10 Of The Weirdest Games You Will Ever Play
» older pc games and Vista
» Heads Up if you play or played RK
» Hi from a collector and custom TCG card maker, recently rediscovered Chaotic!